Here is what is at stake, Ohio…

By now you’ve likely heard all about the special deal we are running for the month of July.

In celebration of the 4th of July — and the freedoms that we enjoy as Americans — Ohio Gun Owners has put together a special offer for all new or renewed memberships during the month of July!

More about that in a moment.

First, I wanted to take a moment to let you know the status of the gun rights movement in Ohio, and why it’s so critical that you get involved in this fight.

You see, it was not that long ago when Ohio Democrats had many “blue dogs” in their caucuses who voted pro-gun.

And RINO Republicans who loved stabbing gun owners in the back were something talked about in states like California or New York.

But that was then.

Today’s Democrats and even RINO Republicans in Columbus are snarling, snapping socialists who are 100% committed to passing a statewide gun registry, ‘Red Flag Gun Seizures,’ and banning our AR-15’s — not to mention repealing every pro-gun bill we’ve passed!

You see, these nut-jobs are not looking to tinker around the edges, they want to do nothing less than obliterate our Second Amendment and bring America to her knees in defeat.

Now, at the moment, these people are working overtime to increase their power at the statehouse.

But we have beat them back ever single time because the members of Ohio Gun Owners have been an absolute powerhouse at election time!

But that can change in the blink of an eye if gun owners do not stay vigilant and powerful in our defense of freedom.

And now is a great time to get involved, because during the month of July, ALL memberships (and membership renewals) come with a FREE T-Shirt from Ohio Gun Owners. 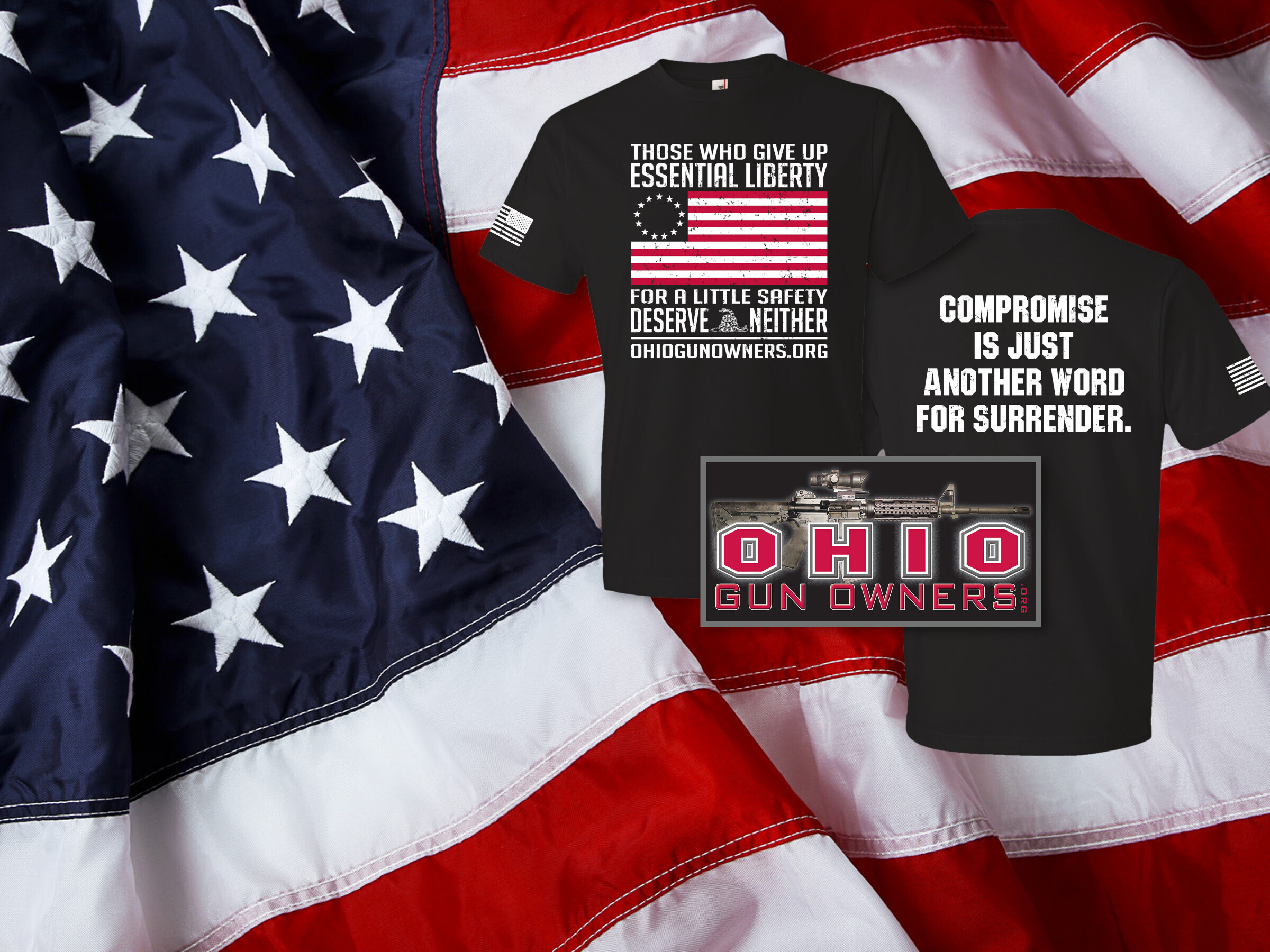 Your gear packet will include your FREE T-Shirt, member decal and assorted materials — and we’ll ship the whole thing to you for free. So sign up now!

Before we know it, the General Assembly will return from summer break and with it, the war against gun owners will resume. But so will our fight to pass Constitutional Carry and the Second Amendment Preservation Act.

Join the fight to defend our gun rights and pick up some free gear at the same time!

P.S. Fueled by the China Joe Biden administration’s pure hatred for gun owners and the Second Amendment, today’s gun-grabbers right here in Ohio are working around the clock to disarm Ohioans through ‘Red Flag Gun Seizures,’ a ban on the AR-15, and much more.

And if we don’t want to ever be like New York, Illinois, Virginia or a host of other communist states, we cannot get complacent and must be STRONG to defend our freedoms!

Stand with us! Join (or renew your membership) Ohio Gun Owners anytime during the month of July and we’ll send you a FREE T-Shirt along with your member decal!