Please watch the video from our Director as he recaps today’s Government Oversight Committee hearing on HB228. 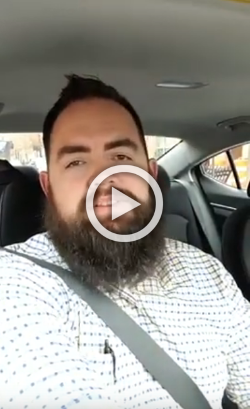 As you’ll see, today was Sponsor/Proponent testimony on HB228.

Tomorrow evening is opponent/interested party on HB228, starting at 7:00pm, with another committee hearing scheduled for the bill on Wednesday.

We will of course be there for all of the committee hearings on this bill.

The timing is all still being worked out, but Senator Kris Jordan (R- Ostrander) is ready with his amendment that would make HB228 a rock-solid Stand-Your-Ground bill, and that’s what we’re shooting for.

But the only way that is going to succeed is if gun owners KEEP UP THE PRESSURE on the Senate Oversight Committee!

For those of you who have already taken action, thank you. Do it again tomorrow.

But for those of you who haven’t taken action, now is your time!

Use the contact information from this morning’s email below below to contact the members of the Senate Oversight committee.

P.S. If you’re not a member of Ohio Gun Owners, please become one right away at JOINOGO.COM!

Basic memberships start at $35, which is less than .10 cents a day to be directly involved in the fight for your Second Amendment rights.

Web, HB228 is scheduled for sponsor/proponent testimony in the Senate Oversight Committee TODAY at 10:00am! Your immediate action is needed to amend it into a SOLID Stand-Your-Ground law!

I’m enroute to the Statehouse as you read this, but I’m asking you to take a moment this morning to fight for your gun rights.

As currently written, House Bill 228 does a few good things like removing the duty to retreat from an attacker and restoring the burden of proof to disprove a self-defense claim back to the prosecution.

While good things in and of themselves, they by no means completely solve the problem law-abiding gun owners face if they’re forced to use a firearm for self-defense, and don’t even come close to the Stand-Your-Ground passed by states like Florida, Missouri, Iowa, Wyoming and dozens more.

In fact, in other states where the burden of proof IS on the prosecution to disprove a self-defense claim, gun owners have STILL sat in jail for using a firearm in self-defense situations (Google “Jay Rodney Lewis Iowa” for an example)!

••• HB228 doesn’t have a pre-trial immunity hearing or an “enactment clause.”

••• HB228 doesn’t have immunity from frivolous lawsuits or prosecutorial bias.

That’s why Ohio Gun Owners is asking you to contact the members of the Senate Oversight Committee right now to tell them to vote YES on the Jordan Amendment to HB228!

This amendment, being brought forward by Senator Kris Jordan, would strengthen HB228 and make Ohio a true Stand-Your-Ground state, like Florida, Iowa and many more.

This is your chance to play a part in one of the most important gun law reform efforts in Ohio history!

Please contact the members of the committee and tell them that gun owners support the Jordan Amendment to HB228:

To send them all a pre-written email, please click HERE!

(Please try using your Firefox browser, and if that doesn’t work, please copy and paste the information below into your own email system!)

P.S. If the above email doesn’t work, please copy and paste the addresses, subject line and message below into your email browser and send it that way!

subject: Please vote YES on the Jordan Amendendment to HB228!

I’m writing you today as a law-abiding gun owner to ask you to address a weakness in House Bill 228, which is currently in the Senate Government Oversight Committee for consideration.

Right now, HB228 does several things right like removing the “duty to retreat” and restoring the burden of proof to disprove a self-defense claim back to the prosecution.

But also right now, HB228 lacks a substantial enactment clause like Florida and Wyoming recently passed, and it lacks immunity from agenda-driven prosecutors without probable cause, which are hallmarks of “Stand-Your-Ground” law.

Additionally, HB228 doesn’t have “threatened use of force,” either, which would allow gun owners to draw their firearm and deescalate violent, deadly situations – thereby saving lives.

Consider this scenario: Under “threatened use of force,” a grandma and grandkids getting approached in a parking lot by a criminal brandishing a tire iron would be able to pull her firearm, back the would-be attacker, retreat with her grandkids, and safely go home.

In other words, it would allow her to deescalate a violent situation safely, protect her grandkids, save the life of the would-be criminal, and do so all without opening herself up to an assault with a deadly weapon charge.

The amendment to HB228 by Senator Kris Jordan would correct these oversights in HB228 and make it a comprehensive and much-needed reform of Ohio’s self-defense laws!

This amendment was crafted by and has the full support of Ohio Gun Owners, Ohioans for Concealed Carry and Ohio Carry, and a large majority of the membership of Buckeye Firearms Association, too.

Politically, with members of the Ohio Senate already under blistering attack by gun-control organizations, our governor and anti-gun politicians for considering a “Stand-Your-Ground” bill, NOW is the time to pass a full-orbed version!

If we don’t correct our self-defense laws now, while the arrows are already incoming, we risk being right back in this same situation in the next general assembly.

Please consider this request to amend HB228 with the amendment by Senator Kris Jordan, and help restore Ohio’s status to one of America’s leading states when it comes to defending and protecting our Second Amendment rights.