For the first time since Constitutional Carry was first introduced in 1995, it passed a standing House Committee in the Ohio General Assembly.

Before it passed, Representative Ron Hood successfully ran an amendment that stripped out the terrible language added last week by Representative Kyle Koehler (R-Springfield) when he recruited anti-gun Democrats on the committee to help him cram language to the bill forcing force gun dealers to notify EVERY firearm purchaser that they have a “duty to retreat” under Ohio law!

Quite frankly, until Ohio passes a Stand-Your-Ground law, Koehler’s dangerous amendment has no business being discussed in the Ohio General Assembly.

With the Koehler amendment removed, by the time the final round of smoke had cleared HB178 (Constitutional Carry) passed out of the committee by a vote of 7-4! 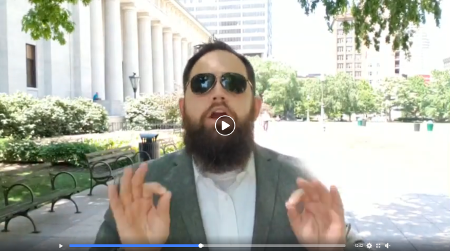 Once you have, please share this email around to your family and friends and tell them the good news!

We’re gearing up for the next fight in the battle to pass Constitutional Carry for Ohio which will likely take place in the House Criminal Justice Committee, but we’ll save those details for our next email.

In the meantime, this critical and important victory was won because of all of you, and we couldn’t be more proud than to stand with you in this fight for our freedoms.

P.S. If you’re not a member of Ohio Gun Owners, there has never been a better time than now! Please click the button below to join us.

If you are already a member and would like to make an additional contribution, we would gratefully accept any additional support you can afford.

Not a member? Join HERE.
Already a member? Contribute HERE.